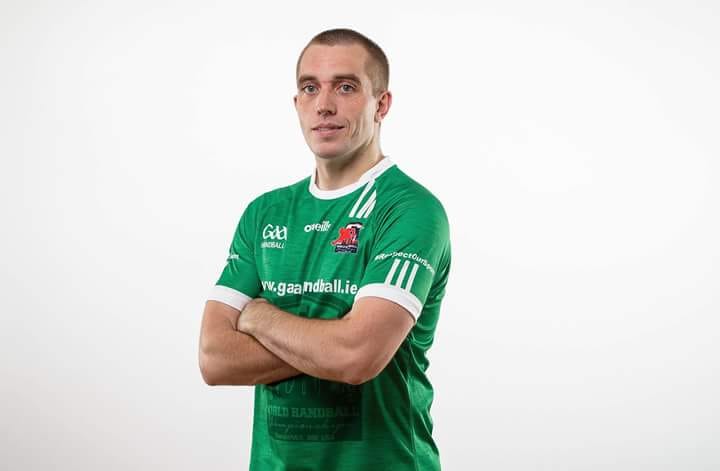 Last but by no means least…..

Robbie McCarthy Jnr. a naval officer with the defence forces and just 31 years of age is well known in the County for his achievements and has been winning titles for a number of years. He’s done it all both nationally and internationally and reffered to as Robbie “Buzzsaw” McCarthy in the states because when he’s in top form he arrives to an event and cuts through all the competition to just get the job done! The one title which he marks as his favourite is the 2017 All-Ireland 60×30 Championship when he was first to receive the Ducksy Walsh Cup and not suprising then that the 60×30 Championship is his favourite tournament of them all. Robbie oozes class and style on the court and displays great sportsmanship no matter the situation always respecting the game. His best shot is the “paddle kill” and no doubt it will be displayed as he takes to the court in the Mens Open 40×20 on Tuesday 14th at 9pm against Quinn Foley of USA.

Robbie is also there to defend his World Doubles title once again with fellow Irish team player Diarmaid Nash of Clare. Both lads work really well together and are a strong team so no doubt they will do us proud once again. The doubles action starts for them next Friday the 17th at 9pm.
We managed to get a quick word with Robbie last night to see how he’s getting on….”We’re being looked after really well over here and the facilities are fantastic. I’ve had a few training games since I arrived and I’m feeling good with where I’m at. I’ll be just taking it one game at a time and I don’t start action until Tuesday so still have a few days but I’m ready to get going!!”

We are sure Robbie will do us proud once again and wish him the very best for the World Championships.