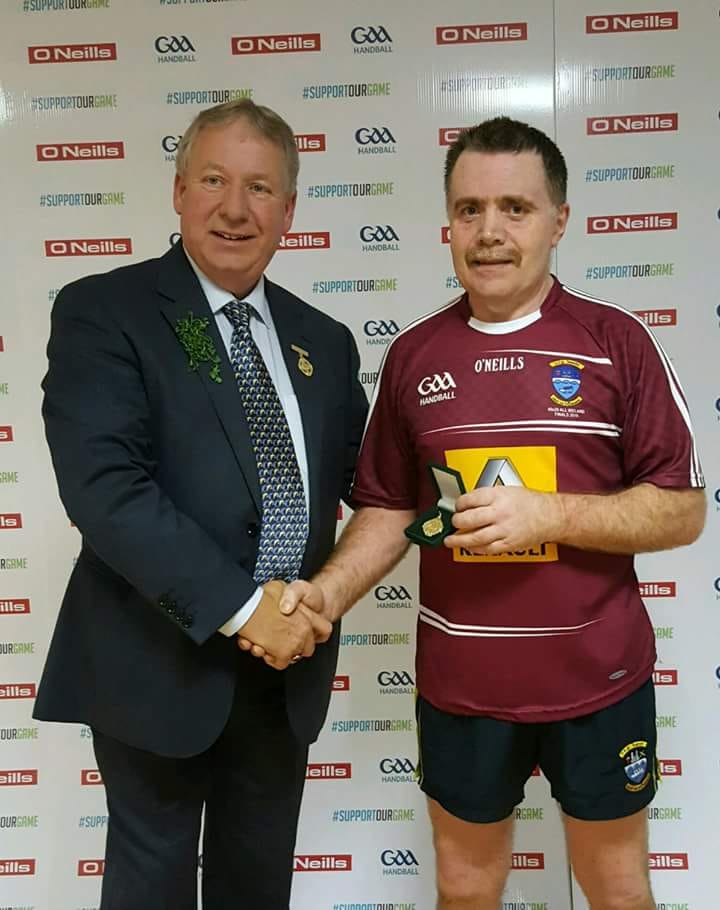 Does this guy even need an intro…..

Robbie McCarthy Snr. is well known in the County for his handball success as both player and coach. Once even head hunted by an International team seeking a manager Robbie politley refused as his heart lies with his home club of Mullingar. As a coach he has had major success with all of his players achieving national or international titles. Described as “The Puppet Master” by American commenatators as he pulls all the strings and knows what makes each of his players tick. Once he sees passion and love for the sport within a player he will do all he can to help them achieve their goals.

Robbie is extremely dedicated to handball as a player also, he has so many titles it would be impossible to list but as reigning world champ he is there to defend his 2 World titles and hopefully pick up another as he is playing One Wall Big Ball, One Wall Small Ball and paired with Michael Dowling of Kildare in the 40×20 Doubles.
Its rare that he will discuss handball before an event as he is a firm believer in doing your talking on the court but according to our source he’s had his annual trip to Dunkin Donuts on route to Minneapolis, is well rested and just ready for the action with his first game tomorrow Friday 10th at 4pm.

Everyone knows he’s a bit of a joker off the court but there’ll be no messing around the next few weeks from Robbie and we wish him the very best in the Worlds both as a player and a coach.