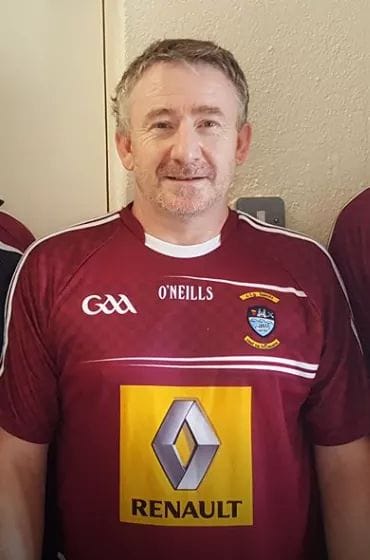 From Multy to Minneapolis…….

Mike Naughton is a member of the Multyfarnham Handball Club and of course is the Chairman of Westmeath GAA Handball. Mike is very active in his role and in the organisation of the County Championships for the last few years. He also hosts underage training and has visited underage camps around the County introducing handball to a number of clubs since coming on board.

Mike is a regular in the Leinster and All-Ireland Championships with a few gold medals to his name claiming the All-Ireland doubles title with Liam Cassidy just this year. Although it may be his first World Championships Mike’s nerves of steel won’t let him down.
Mike’s first match is on Tuesday 14th at 4pm as he takes on the USA in the 40×20 Golden Masters B competition, Mike will then pair up with fellow Irish player Gerry O’Neill to compete in the 40×20 Golden Master B Doubles on Saturday 18th at 4pm which is also against USA.

Orla Foy (secretary of Multyfarnham Handball Club) had this to say……”Mike is a highly dedicated and driven person, his mental attitude to always keep his nerve in testing situations is another great attribute which he always shows in the alley and he’s also one of the most honest players. He will always leave everything in the alley everytime!”

Mike has being training very hard for the worlds and everyone from his club and county wish him the very best of luck with the competition.