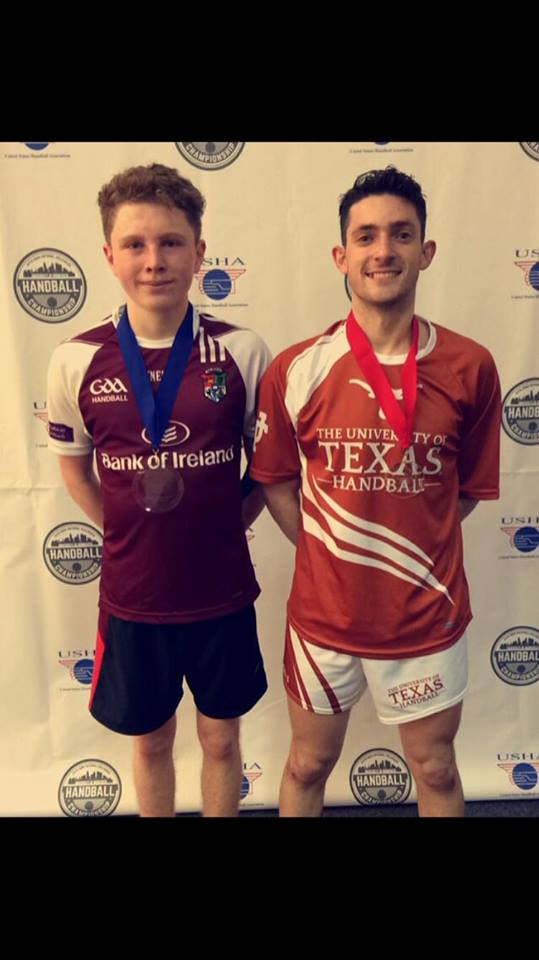 Our youngest member travelling from Westmeath is Darren Carter. Darren also has a number of titles including both National and International Collegiate wins noting that his US Collegiates A2 Singles title was his biggest achievment so far. Darren studies at NUIG and also has two gold All-Ireland Intervarsities medals along with one silver.
Darren is a good left handed player and although he may be young he has a powerful serve that we’ll definitely see as he starts action with the Mens C One-Wall event this coming Friday the 10th at 8pm. Darren will start the Mens C 40×20 singles competition on Monday 13th at 3pm against Kody Yan of the USA and if that wasn’t enough he then starts the Mens 23 & Under 40×20 Doubles Competition on Friday 17th at 7pm with partner Fergal Coughlan of Co. Clare where they will play fellow Irish men Brian Mahon (Kilkenny) & Gaelon Riordan (Wexford). We spoke with Darren last night and he said

“I just can’t wait to get out and play on the world stage. I’m excited to test myself in the best competition and enjoy the experience with close friends.”

He’ll be pretty busy with the three competitions but we’re sure Darren will do fantastic and again wish him the very best of luck in Minneapolis.