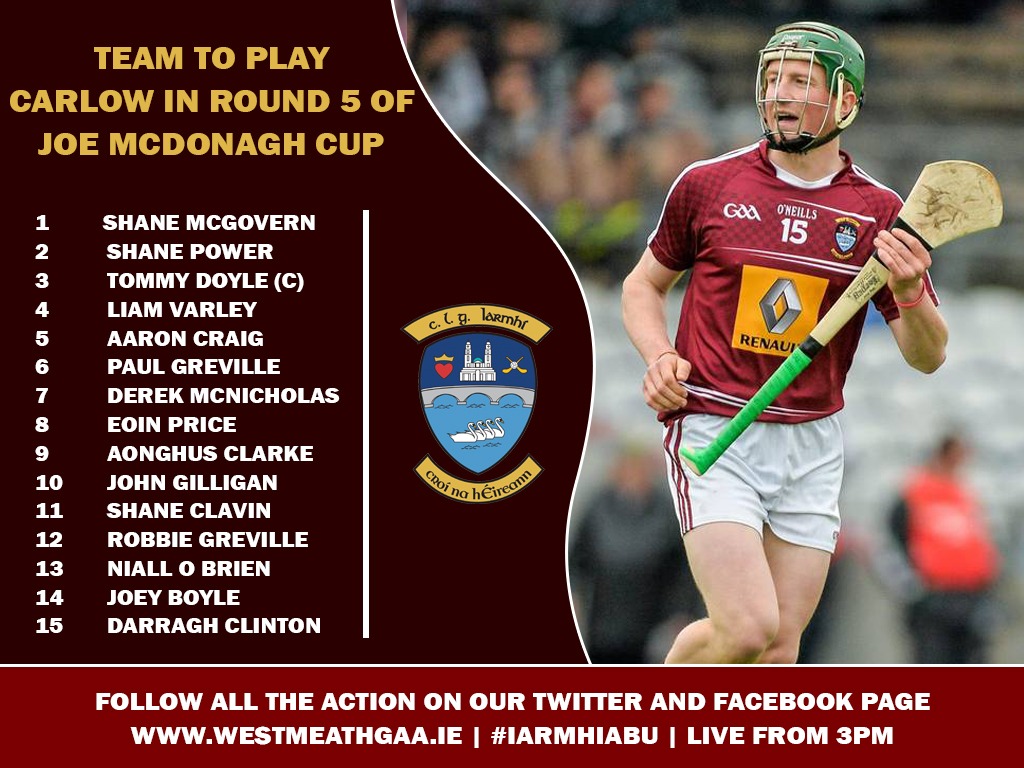 Michael Ryan has named his team to play Carlow in the final round of the Joe McDonagh Cup round robin series. The Game at Dr Cullen Park throws in at 3pm However if the Christy Ring Cup semi final between London and Wicklow ends in a draw throw in will move to 3:30pm.

Westmeath will play the Joe McDonagh Cup final on July 1st against Carlow or Antrim in Croke Park before this years Leinster Final.