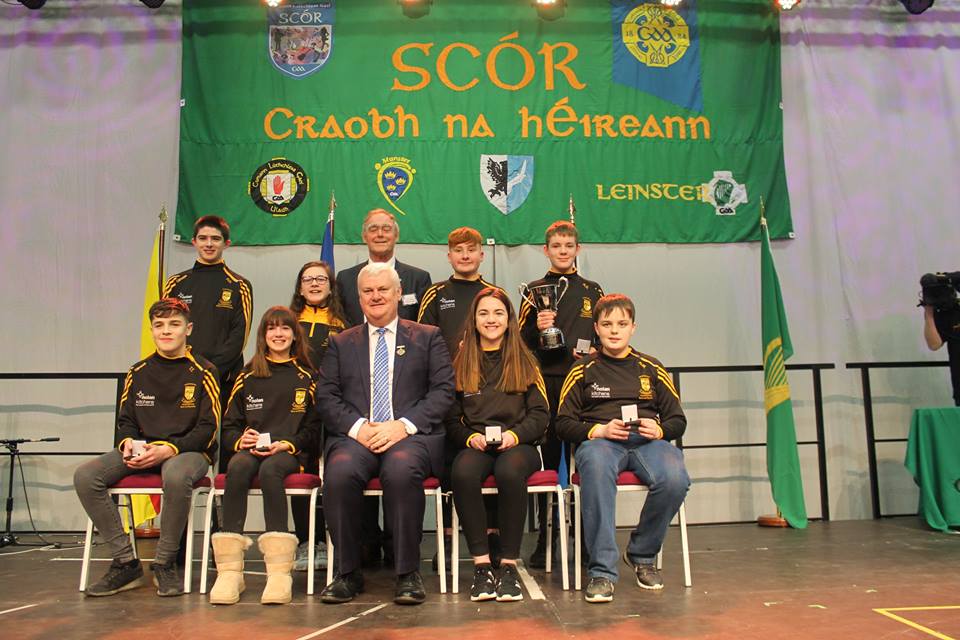 The success story that is Scór in Westmeath continued on Saturday 17th February with Na Dunta taking the honours in the Leiriu (Stage Performance) discipline which they had won previously in 2015. The Downs saw off the challenges of Roscommon,Kerry and Antrim clubs in the final and there was great jubilation from the large Westmeath contingent when the results were announced at the end of a great days entertainment.

Yesterday at half time of Westmeath vs Sligo, the winning group were recognized.