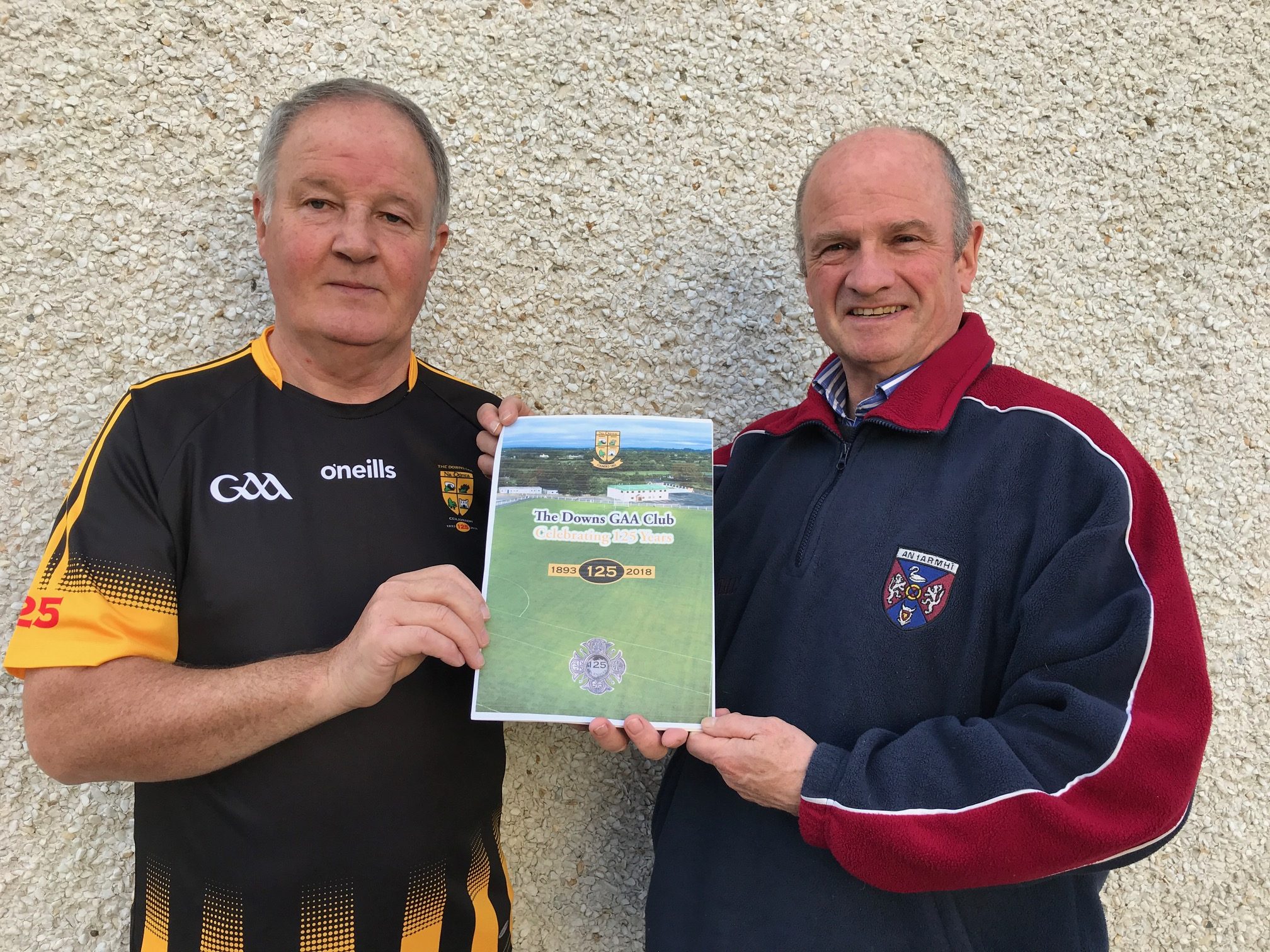 The Downs GAA club is launching a 125th-anniversary celebratory book in their clubhouse next Saturday night (24th) with Tom Ryan, Ard Stiúrthóir CLG, lined up as the guest of honour.

The 112-page A4 book has been compiled by club stalwart, Aiden McGuire (left), in conjunction with Westmeath sports journalist and author, Gerry Buckley. Containing more than 160 photographs, including over 100 in full colour, the book chronicles many of the club’s highs and lows since its formation in 1893.

There are extensive sections on Gaelic football – both male (honing in on nine Westmeath SFC wins between 1918 and 2005) and female (where great strides have been made in recent years), Scór and Scór na nÓg (in which the club has won five All-Ireland titles), underage/schools/colleges football, and a range of other interesting titbits. The wonderful development of the club’s grounds and facilities over the years is captured in words and pictures throughout, as is the vital and ever-increasing role of the club in the local community.

For the statistically-minded, the results of all of The Downs’ matches in the race for the Flanagan Cup since turning senior in 1965 are listed, together with details of all six Leinster Club SFC campaigns. Articles include pieces on the infamous Dom Murtagh/Mick Carley midfield partnership, and the Corroon cousins, Christy and Jimmy.

A medal presentation will take place to this year’s ACL Division 3 winners as part of the function. The formalities are scheduled to commence at 8pm. Finger food will be served, and all are welcome.