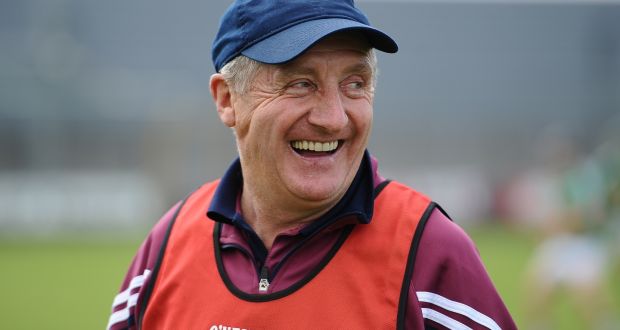 Michael Ryan has resigned as Westmeath senior hurling manager after the Lake County suffered an 11-point defeat to Wexford (2-21 to 0-16) at TEG Cusack Park this evening.

Ryan, who has been manager for 4 seasons, said after the game

“I am really proud of all the players. It’s been some journey. My journey is at an end now but we’ve had some fantastic days and hopefully the team can go from strength to strength as there’s a good base there now.

The Waterford man went on to add

“It is a sad day. Today is my 501st trip to Mullingar but I enjoyed every bit of it. There’s not just the players Michael Walsh has been incredible, our 2 kitmen, Martina and all the backroom team, our medical staff. I am so proud of everyone and so delighted. I’ve made a lot of good friends here. I’d like to think I will come up here and watch a county final and watch Westmeath a lot in the future, no longer the manager but as a fan from now on “

Ryan, who won the Division 2A league title in 2016, also spoke of how proud he was of the players saying

“They’re a fantastic bunch of human beings who are so proud to play for Westmeath. Every day they’ve gone out they’ve given 100%. They’ve always fought an honest fight and put Westmeath hurling first. I am just delighted and proud to have been associated with them”

“I would like to thank Michael for the dedication and tremendous service he gave during his 4 years in charge of Westmeath. Michael has done great work during his time here and I would like to wish him, and all the backroom team, the very best in the future”

Michael Ryan has worked so hard during his tenure and on behalf of the county board I would like to thank him and all his backroom team for all the effort and commitment they have put in during there time here.

Michael has been a pleasure to work with and will always be welcomed back to Westmeath.