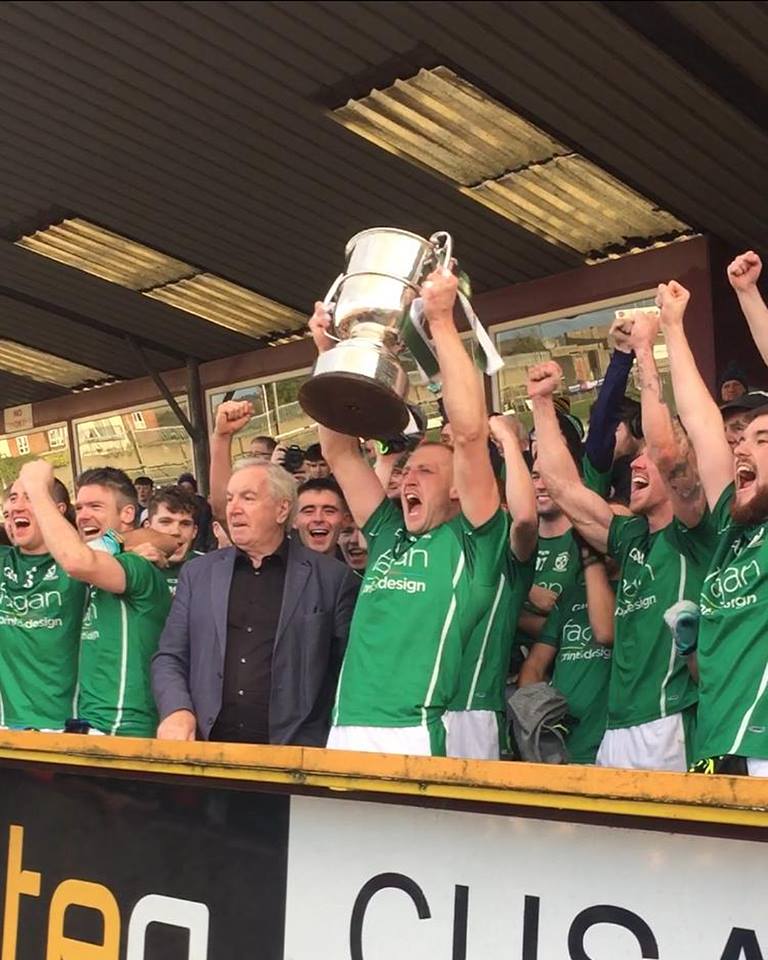 Congratulations to Mullingar Shamrocks who were crowned senior champions for the 12th time yesterday after an absorbing 2-12 to 1-11 win over rivals St.Loman’s in front of a packed TEG Cusack Park.

A brilliant goal from Paddy Fagan helped Shamrocks to a 1-6 to 0-7 lead at the break with Loman’s reduced to 14 after Sean Lancaster was sent-off after only 5 minutes.
Within a few minutes of the restart Loman’s turned the game around as Ken Casey found the net to put the defending champions ahead.
Man of the match Dennis Corroon then fired in Shamrocks 2nd goal not long after to give them a lead they would never relinquish.
Loman’s never gave up and were only a point down entering injury time before Ned Moore’s side sealed victory with points from Corroon, Dean Moore and Michael Curley.

Donal O’Donoghue, Dean Moore and Fagan were just some of Shamrocks star men as Eddie Moore got his hands on the Flanagan Cup.
John Heslin, David Whelan and TJ Cox impressed for Loman’s who have represented Westmeath brilliantly in the last few years and will no doubt be back gunning for more glory in 2019.
Shamrocks now take on reigning Leinster club champions Moorefield ( Kildare) in the 1st round next Sunday at TEG Cusack Park.

Well done to both teams on a thrilling game of football!!!! 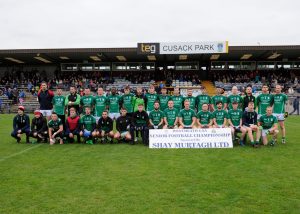