Rare Silverware On Offer In Next Sunday’s Double Royal visit 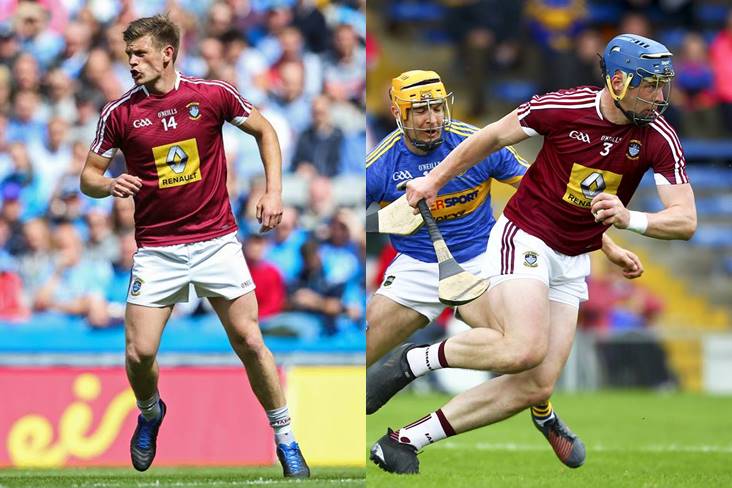 Rare Silverware On Offer In Next Sunday’s Double Royal visit

It’s a case of one wedding and three visits when the word ‘Royal’ comes up in conversation in Westmeath these days, with a glittering event in London next week and three Meath teams coming to TEG Cusack Park inside seven days.

The result of the first of these did not make for pleasant reading from a home perspective (the bank holiday Monday minor/U17 Leinster championship encounter), but Lake County Gaels will still be eagerly awaiting a novel senior double next Sunday when Michael Ryan’s hurlers, fresh from a first round win in Portlaoise which was as unexpected as it was wonderful, play their second game in the new Joe McDonagh Cup (throw-in 1pm), followed by the almost-forgotten O’Byrne Cup football final (throw-in 3pm) where Colin Kelly pits his wits against Andy McEntee.

Ryan was all-too-aware in O’Moore Park around 5pm last Saturday that any degree of complacency could prove to be fatal despite Meath’s trouncing by Antrim and Westmeath’s ending of a 50-year championship hoodoo at the hands of the O’Moore County hurlers the same day.

Recent meetings in the championship have been quite rare between the two neighbours (see below, L = Leinster championship; B = All-Ireland ‘B’ championship; CR = Christy Ring Cup). Indeed, 12 of the 19 clashes took place up to and including 1957, and the seven since cover the period 1984 to 2017. Meath hold the upper hand with ten wins, one game was drawn in 2007 (and not replayed, as it was on a league format), while the men in maroon and white won eight, including a very hard-earned 1-18 to 0-19 win in Mullingar last May. Logic now suggests that Westmeath will triumph, but logic suggested a Laois win (maybe even a facile one) last Saturday, and we know where logic brought us then (albeit it was just fantastic to be wrong).

Various beasts from the east meant that an alleged January tournament will now be concluded on May 13. Colin Kelly has consistently, and correctly, spoken of the rare silverware on offer to Westmeath’s senior footballers, while the timing of next Sunday’s final is ideal as a pre-championship warm-up.

Inevitably, despite the seasonal variation, memories will flood back of an unforgettable game at the same venue over 13 years ago when fans thronged the old venue. Sean Boylan’s men won that final by a point (2-6 to 0-11) prompting the main Meath newspaper to produce a predictable headline of: ‘Monkey Business Reports No Change For Westmeath’.

However, at the time, yours truly could sense that for all the OBE (Out Before Easter) nonsense about the sadly now-deceased Páidí Ó Sé, something was stirring in Lake County football circles, when I wrote: “And if you think Westmeath football is suffering from the ‘same old story’ syndrome, pop out to Ballinagore any Tuesday or Thursday evening. Hard work will reap its rewards. A ‘brand new story’ may not be far away.” Six months after the O’Byrne Cup final defeat, the Delaney Cup was winging its way down the N4, through Meath, and en route to Mullingar.

And, if fans from either county (delirious in Westmeath, devastated in Meath) need reminding, THAT championship monkey left our backs on June 28, 2015, in Croke Park. The same Navan-based paper as above sportingly used an appropriate headline for their Leinster semi-final report: ‘Payback Time As Westmeath Produce Houdini-like Escape’.

Many of the protagonists from three summers ago are likely to feature in next Sunday’s intriguing clash which is certain to take on a championship-like intensity. However, with Denis Glennon having hung up his boots, Meath ‘keeper David Gallagher is the only link with the January 2004 epic. A look back at those teams clearly shows the level of talent available to Messrs Boylan and Ó Se that day. 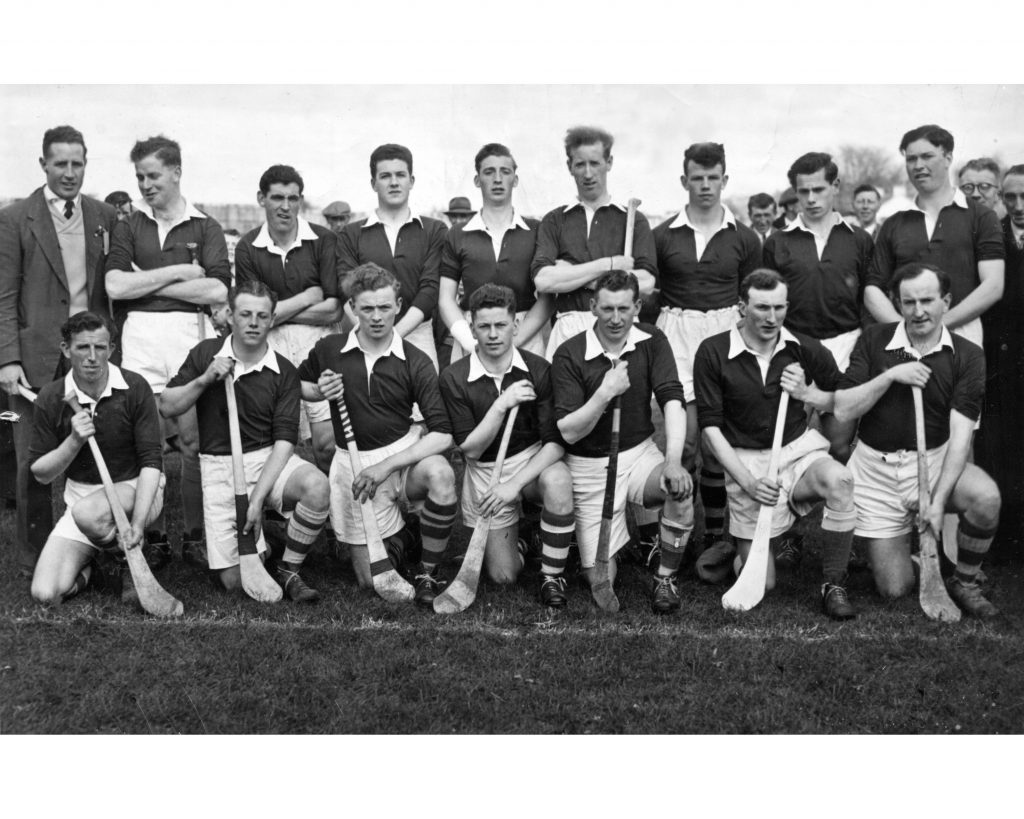  The Westmeath senior hurling team which defeated Meath by 3-7 to 4-2 in the Leinster Championship in Cusack Park on 14/4/1957.