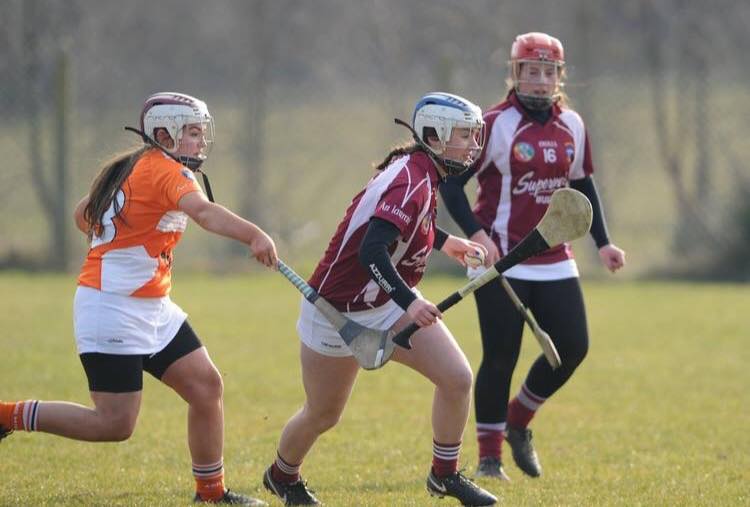 Ahead of tomorrow’s All-Ireland Minor B Final against Antrim in Drogheda, here is a Q&A with Westmeath captain and goalkeeper for the final Aoife Mullen (Clonkill).

What would it mean to you to captain this team to All-Ireland glory?
Oh being captain means the absolute world to me. Representing these girls who I could nearly call sisters at this stage is amazing but to me were all leaders in our own right. We may be from different clubs but when we get together there is passion among us that I’ve never seen before. Being captain is a huge honour and I hope I’m representing these girls well because they are just the best ever.

What did it feel like to reach the All-Ireland final?
Being honest, I haven’t given it much thought. Obviously it feels great but it will feel even better when the job is done and Westmeath are All-Ireland Minor champions for 2018 on Saturday evening!

Do u have any superstitions? I never pack my bag the night before a match, I always throw everything in just before I walk out the door. I’ve always done it because I’m afraid I’ll be over prepared and get myself nervous waiting.

What’s the best advice you’ve ever been given? “Leave your guts on the pitch and you can never be questioned if you gave your all or not” My Grandad

Can u tell us one random fact about yourself? I love coffee and especially with Rich Tea biscuits

What 3 people in the world would u invite for dinner? Rob Kearney, Austin Gleeson, Meryl Streep

Best memory? Winning the u16 All-Ireland final for Westmeath in 2016, but winning the final on Saturday would be even better

Best place for team bonding? Anywhere with muck or water

Who from the current Westmeath squad is most likely going to be a 1. manager, 2. millionaire and 3. in media?
Manager: Rhona Cuffe
Millionaire: Aideen Dermody
In media: Lucy Power

If you could play an All-Ireland final or Leinster final in any stadium outside of Ireland, what stadium would you choose?
Twickenham

Who’s the most famous sportsperson you’ve ever met?
Sheila McGrath

Have you ever shown any ability in another sport and would you like to have pursued it?
I also play golf and would love to somehow incorporate that into my lifestyle and job but if there was a job as a Camogie teacher that had class pay I would be there

What part of training or games do you dislike most?
Having to come home

What’s the biggest sacrifice you’ve made because of your county involvement?
Probably my education and studies but being in leaving cert everyone needs a break so I use camogie as my break from work

Who is the joker in the group?
Meadbh Scally by far- sometimes she doesn’t even realise she’s being funny

What makes a good coach?
One who listens to their players and who will go through even the simplest of drills until everyone understands

Fastest? Me for sure