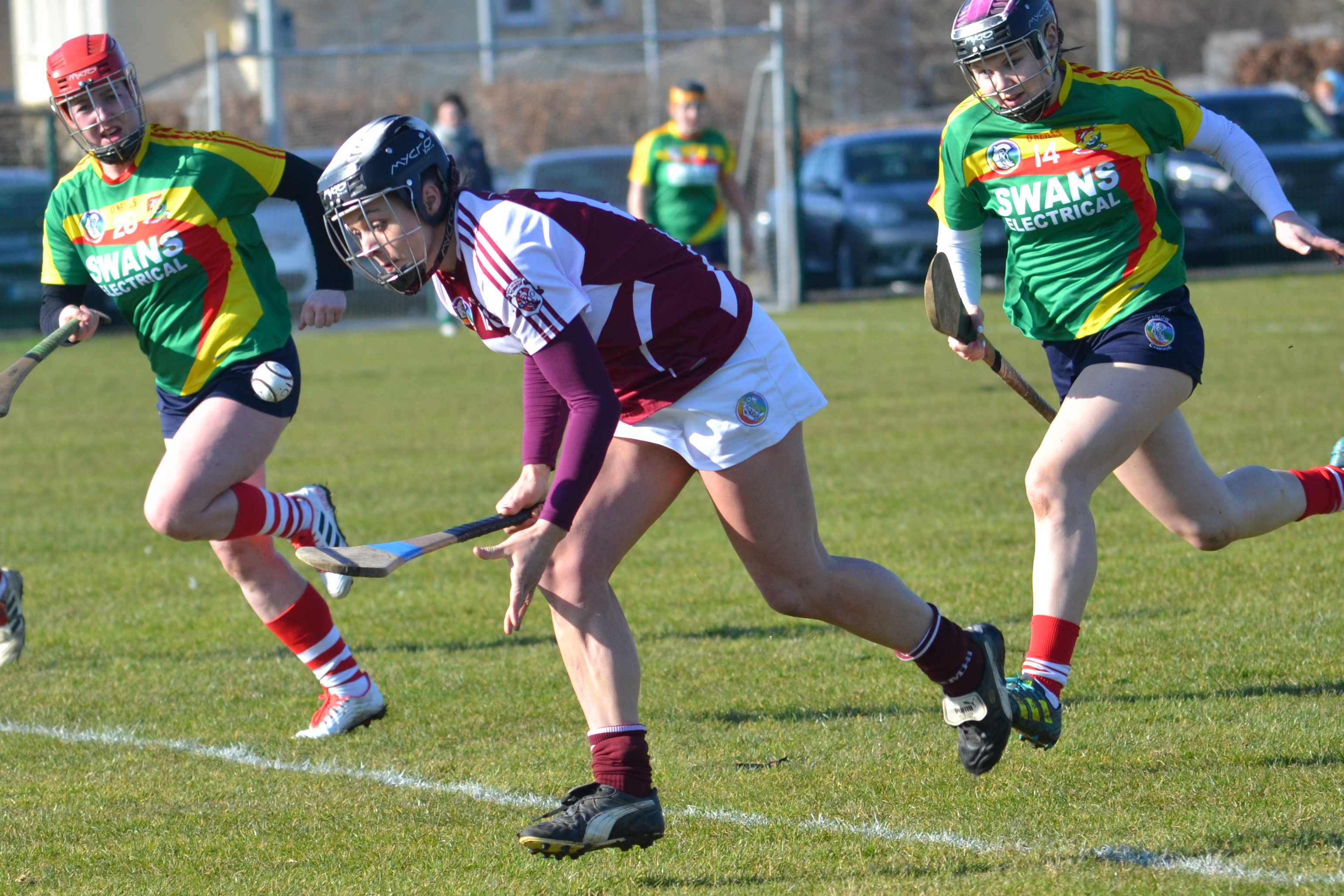 Ahead of tomorrow’s Division 2 Camogie League Final against Cork, here is a Q&A with our top scorer, 2 time Soaring Star award winner and longest-serving member of the panel Pamela Greville (Raharney).

What’s the biggest difference/change in camogie since you started playing? Media coverage & support through the major associations. This is making a huge difference to standard of camogie in the country.

Most intelligent on and off the pitch? Aoife Higgins

What did it feel like to win the All-Ireland final? Amazing, fortunately when you get a taste of success, you want more & more!

Do u have any superstitions?
Not really, the women may disagree though!

What’s the best advice you’ve ever been given?
Go out enjoy it & be yourself!

Biggest messer? There are a few in for this one with the likes of Mairead, Caoimhe & Roisin on the team, but Fiona Leavy will have to get that accolade today.

Can u tell us one random fact about yourself?
I live in Castletown Geoghegan

What 3 people in the world would you invite for dinner?
Pink, Rob Kearney & Davy fitz

Biggest dissapointment?
There’s a few but Carlow beating us by a point in the semi final in 2016, it took a while to get over that one!

Who from the current Westmeath squad is most likely going to be a 1. manager, 2. millionaire and 3. in media?
1. Fiona Keating 2. Meadbh Scally 3. Laura Doherty

If you could play an All-Ireland final or Leinster final in any stadium outside of Ireland, what stadium would you choose?
Barcelona FC – Camp Nou

Who’s the most famous sportsperson you’ve ever met?
Davy Fitz

What’s the greatest game you’ve been to in any sport?
Most recent Cuala & Na Piarsiagh Club Final Replay in Portlaoise.

Have you ever shown any ability in another sport and would you like to have pursued it? Gaelic Football, but that’s debatable my kicking left a lot to be desired!!

What part of training or games do you dislike most? Any training that I see John Gilligan’s name on it!

What’s the biggest sacrifice you’ve made because of your county involvement? Missed the odd few family events but nothing major

Who is the joker in the group? Roisin Scally

What makes a good coach? Organised, knowledgeable and fair

Worst memory? Getting beaten by Carlow or any one of our Lilliput sessions

Favourite boxset? How to get away with Murder

If you could be any person in history? Angela Downey