Multy One Step From History

Multy One Step From History

Multyfarnham are now only 60 minutes away from completing the biggest fairytale ever in Westmeath club football. A county final win over Ballynacrgy followed by a provincial decider victory over Erin Rovers (Offaly) and a fantastic All-Ireland semi-final win over Lahardane(Mayo) means that Louis Ennis’ men have the chance to face Knocknagree(Cork) in Croke Park tomorrow and become the first ever Westmeath team to win an All-Ireland club football championship. 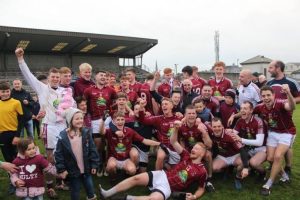 They have shown tremendous determination and passion during this incredible journey in which they became Westmeath Junior Champions for the first time since 1956 after a thrilling replay win. Captained by David Wallace, Multy then defeated Wicklow, Wexford and Offaly opposition to follow in the footsteps of Moate All Whites (2014) and Ballinagore (2005) and be crowned Leinster champions. This led to a nail-biting All-Ireland semi-final where Ronan Wallace, Daniel Loughrey and Anthony McGivney performed heroically to propel Multy into tomorrow’s decider. 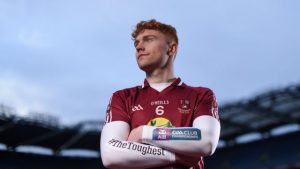 With the talent of the players mentioned above and others including Max Brady and semi-final goalscorer Emmet Feerick this young side can make even more history tomorrow and make the villages wildest dreams become a reality.

Best of luck from all associated with Westmeath GAA.