Hurlers set for repeat of 2016 Division 2A Final 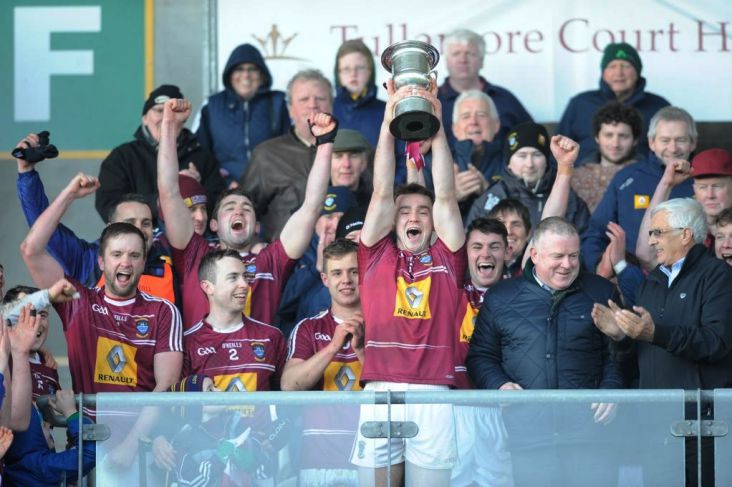 Hurlers set for repeat of 2016 Division 2A Final

Our hurlers last appearance in the Division 2A Final was in 2016 when we once again faced Carlow on a Saturday afternoon.
7 points from Brendan Murtagh and a strong defensive effort in the 2nd half helped us grind out a 0-10 to 0-08 win in testing weather conditions in Tullamore.
The prize tomorrow is much greater as in 2016 the winners had to play a promotion/relegation play-off against the bottom team from Division 1B, which was Laois, who defeated us a fortnight later.
Great defending from Captain Aonghus Clarke and Tommy Doyle helped stop Carlow from getting a winning goal as we held on to be crowned league winners.