Hurlers make it 2 from 2 with win over Kildare 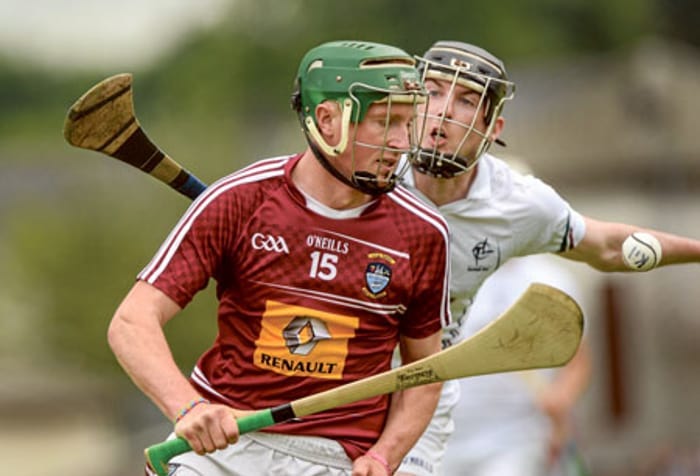 Hurlers make it 2 from 2 with win over Kildare

A brilliant goal and sideline from Niall Mitchell within the first 6 minutes gave us a great start as we led 1-2 to 0-1. Mitchell’s 3 pointer came after he ran through on goal following a John Gilligan handpass and finished to the net on the second attempt after his initial effort had been saved by goalkeeper Paddy McKenna.

Great points from Niall O’Brien, Cormac Boyle and Allan Devine had us 5 clear by the 23rd minute before Kildare’s Martin Fitzgerald rifled to the net to make it a 2 point game.

10 minutes after the resumption Kildare grabbed their 2nd goal through Shane Ryan as he was quickest to react to a breaking ball, to make it a 1 point game.

However we replied with five unanswered points from Robbie Greville, Killian Doyle (point of the game off his left from under the stand), Ciaran Doyle, Devine and O’Brien to put daylight between the teams once more.

Greville and O’Brien knocked over further points before John Gilligan got our final score of the game in the 69th minute.

The hurlers now get a break next weekend before travelling to take on neighbours Meath on Sunday 18th February.