Niall O’Brien and Killian Doyle starred for their respective teams as they helped DIT and DCU qualify for the Fitzgibbon Cup semi-finals where the two teams will face each other.

O’Brien scored 0-11 as DIT defeated UCD 0-19 to 0-17 with Niall Mitchell (0-2), Robbie Greville (0-1), Tommy Doyle and Derek McNicholas also to the fore, as they edged the Dublin derby by 2 points to reach the semi-finals for the first time. Cullion’s Kevin Regan is also on the panel. 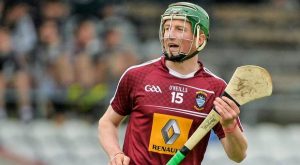 Killian Doyle came off the bench to help DCU knock out defending champions Mary I, 0-20 to 2-12. Doyle scored 3 points including the decisive score in injury-time as his side reached the last four stage for the first time since 1997. Doyle’s fellow clubman Nick Weir is manager of the team.

Both sides will meet in the semi-final next Tuesday at 7PM.