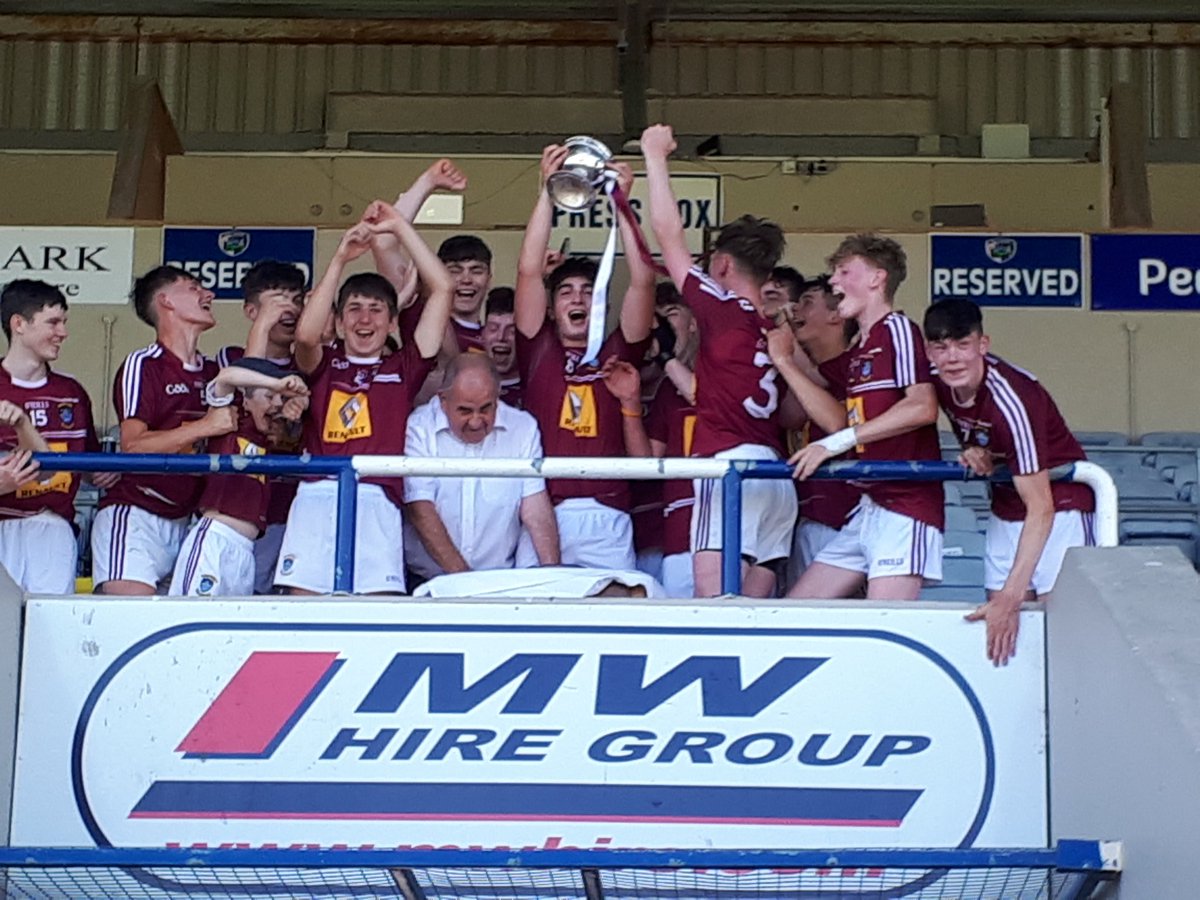 Westmeath minor hurlers became Leinster Shield winners this afternoon after a 2-16 to 2-10 win over Kildare at O’Moore Park, Portlaoise.

The Lake County led by 1-9 to 1-5 at half-time with Delvin’s Dean Ennis getting the goal.

Kildare responded well after the break but a goal from Na Piarsaigh’s Shane Williams stopped Kildare’s comeback in its tracks as Alfie Devine’s side comfortably held on to gain a brilliant victory.

St.Vincents Paul Nangle then received the trophy after the game from Kilbeggan’s Pat Lynagh.