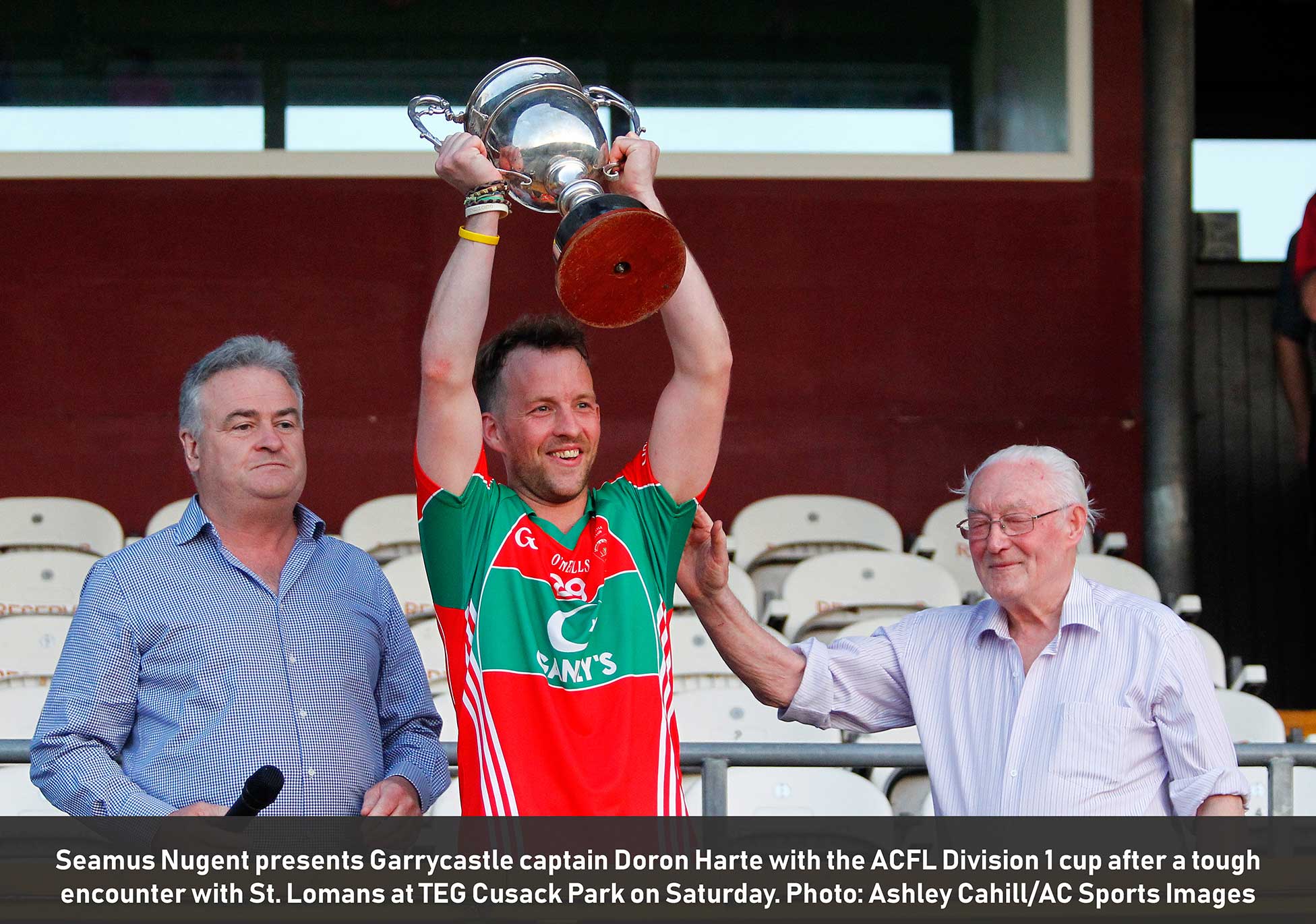 Garrycastle were crowned Division 1 champions after an exhillirating game which saw the sides play 90 minutes of football.

Loman’s looked like they had won the game, helped by a very early Chris Gilbert goal, as they by 4 heading into stoppage time. However, Garrycastle never gave up and a goal from Tom O’Halloran put the minimum between the sides before inter-county player Gary McCallon scored a great point to force extra-time as it finished 1-11 each.

In the early stages of the 2nd half of extra-time, substitute Jason Nugent fired in a goal to give Garrycastle the lead. This time Loman’s grabbed a late equalizer as David Windsor fisted over the bar.

This meant the teams would have to play another period of extra-time, 5 minutes a half. Loman’s opened the scoring but Garrycastle responded with the final 3 scores from Cathal Mannion and Sean Brennan (2) to earn a hard-fought win for Gary Dolan and John Keane’s side.

After the game ex-county star Doron Harte was presented with the trophy.

Shandonagh edged to victory over Tang as a last minute free helped them to victory at the end of a campaign which saw them promoted to Division 1 for 2019.

The Downs came back from 7 points to 1 down after 10 minutes to claim victory with Declan Lynam’s goal proving the difference.

3-3 from Richie Greene and a strike from Benny Martin helped Athlone to a comfortable 12 point win after leading 4-04 to 0-03 at half-time.