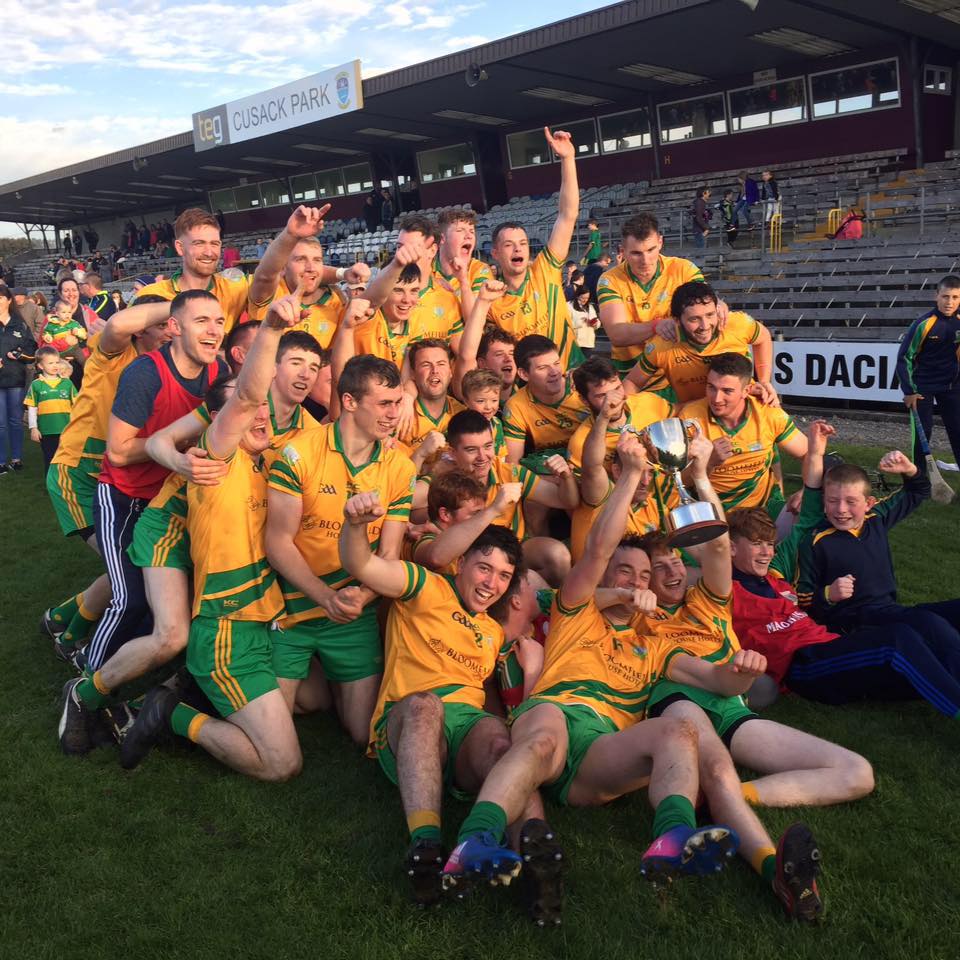 Crookedwood and Clonkill must meet again on bank holiday Monday after playing out an exciting 1-16 to 3-10 draw in the Intermediate Hurling Championship final last Saturday.

After a tightly contested 1st half last year’s beaten semi-finalists Crookedwood led by the minimum, 0-8 to 0-7.

However, halfway through the 2nd half Martin Scally’s Clonkill looked to have one hand on the cup as goals from Gary Healy, Daire McLaughlin and captain Enda Loughlin gave them a 3-8 to 0-10 advantage.

Despite the deficit Crookedwood never gave up and scored the next 5 points to make it 3-8 to 0-15 going into injury time before Shane McGovern fired to the net from a 21 metre free to give Micheál Lawler’s side a 1 point lead with 62 minutes gone.

The drama didn’t stop there as both sides traded points before Clonkill slotted over the equaliser in the 65th minute to earn a share of the spoils after an enthralling encounter.

The replay is on Monday 29th October at 2.30PM in TEG Cusack Park and should be just as close and exciting with Crookedwood’s Kevin Orme hoping to lift the cup for his clubs 3rd title (2005, 2012) while Clonkill and Enda Loughlin are hoping to win their 1st intermediate crown and possibly make it a senior and intermediate double.