Captain Doyle and McNicholas shine during Division 2A Hurling League 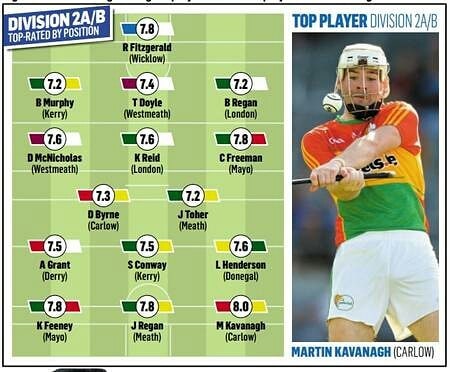 Captain Doyle and McNicholas shine during Division 2A Hurling League

Well done to Lough Lene Gaels pair Derek McNicholas and Tommy Doyle who have been named on the Irish Independent’s Division 2A/2B Team of the Year.

During the league campaign McNicholas excelled in his new role at wing-back, while captain ‘Jogger’ Doyle showed why he is one of the best full-backs in the country.

Roll on the championship when we can hopefully put the league final defeat behind us.